For the Gouden Kalf Award show (The Dutch Oscars) I was asked to make award show content. I was given a still frame of each of the winning films only 2 days before the actual show. There was a need to animate each frame when the winner was announced. The challenge was to use a single frame and keep it interesting with some frame having very little elements to animate. This is a selection of the result, animating a virtual camera and elements present in the scene to bring it to life. Another example of subtle animation can be seen at the Buma awards. Production orchestrated by Live Legends.

Visualizing this on a large 10 meter screen looks fantastic for live television and for the audience present during the gala.

Scroll through the video to see the different paralax photo animations made for this event.

Veldhuis Productions creates high-end visuals in the centre of Amsterdam next to the beautiful Vondel Park. If you are interested in receiving creative visuals, explanimations or infographics please contact me. 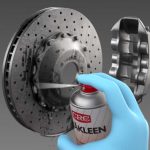 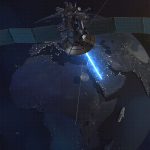